ILEC hosted the 4th “Japan-Asia Youth Exchange Program in Science” (Sakura Exchange Program in Science), under the grant by JST (Japan Science and Technology agency). Ten delegates composed of, such as, teachers of primary and junior high school from Hunan, China, which is the Friendship Ministry of Shiga Pref. Government, attended the Program. They learned the current trend in technology and environmental education in Shiga and Japan (January 23 –30, 2019).

They also learned the shopping game to take a habit of thinking when choosing things, other than garbage disposal facility tour. 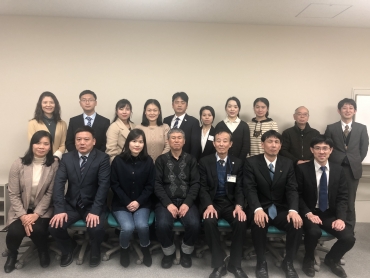