On October 13th, eight Biwa Kids Ambassadors departed for Ibaraki, and participated in the field excursion which took place for students who would make presentations in the Student Conference at the 17th World Lake Conference (Lake Kasumigaura, Ibaraki, Japan 2018).
They boarded a jet wheel from Tsuchiura Port, and watched traditional fishing by sailing ship called “Hobikisen-ryo” in Lake Kasumigaura.
After that, they moved to the Tsukuba International Conference Center, and enjoyed a quiz tournament with other students from all over Japan. 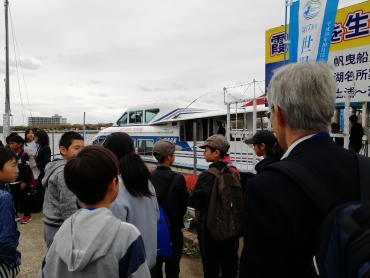 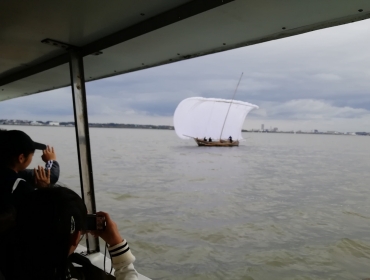 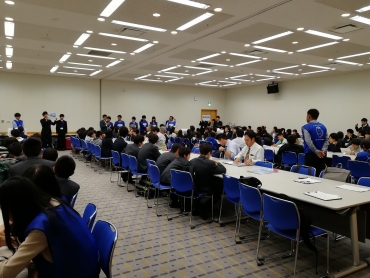 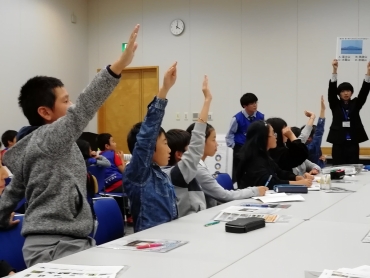 On October 14th, the ambassadors attended the Student Conference.
They participated in two sessions, “Oral” and “Discussion”, and managed to carry out the important role of conveying Shiga Prefecture or Lake Biwa’s charms, problems, and solutions to the audiences as a representative group of Shiga Prefecture. 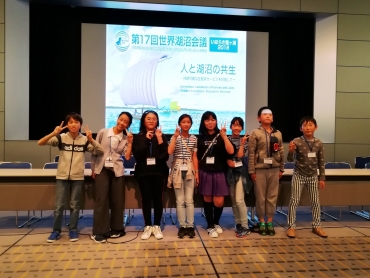 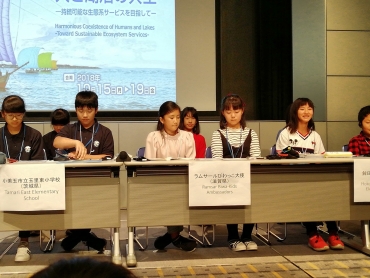 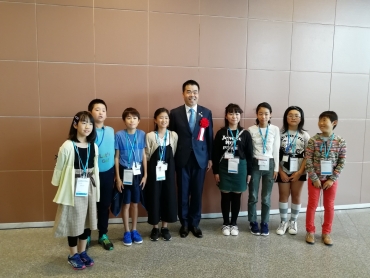 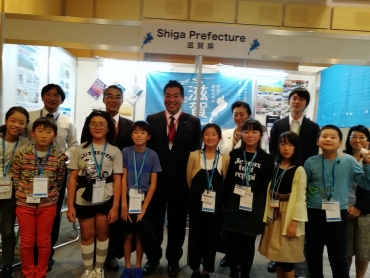